Release April 5, 2019 From my previous post on Stephen King Movie Adaptations, I’m excited to see, this is an update on Pet Sematary. As some of you may know, I’m a huge Stephen King fan (Constant Reader). Okay! So we all remember the previous adaptation of Pet […]

The Shining, one of Stephen King’s most beloved and iconic novels, which was also adapted into a film by Stanley Kubrick, follows the Torrance family trapped in a luxury hotel, rife with malevolent spirits and evil forces seeking to destroy a psychically gifted Danny Torrance, his mother, and […]

Can a book titled “Revival” and involves a kindly Minister of a Methodist church, bring you your darkest nightmares? Ya, it can, and you will have nightmares or not. As a Constant Reader of all things, Stephen King, this book had me in its grasp. It gets you […] 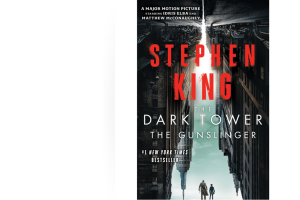 The Dark Tower: The Gunslinger (#1) – by Stephen King

The man in black fled across the desert and the gunslinger followed.